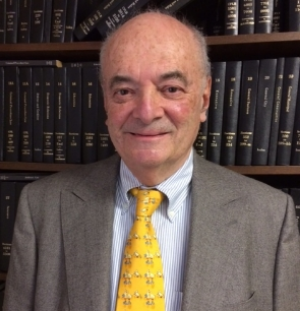 Richard A. Kerner has been engaged in the practice of law for more than 50 years. His experience includes matters involving civil and criminal litigation, as well as commercial and business transactions, estates, trusts and tax law. He graduated from New York University Law School earning an LL.B. in 1959 and an LL.M. in 1961.  Richard Kerner proudly served our country in the military in both active and reserve duty with the United States Army from 1957-1962.

Mr. Kerner is an accomplished pianist, and, in his free time, enjoys travel, opera, classical music, Broadway, and spending time with his family (especially, and most of all, his grandchildren).