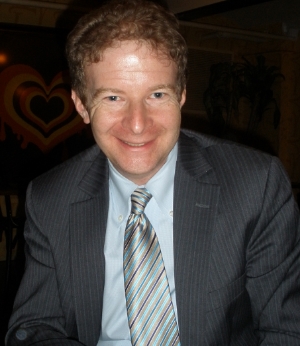 Kenneth T. Kerner has been practicing law since 1989 and specializes in civil litigation, with a special emphasis on medical malpractice, nursing home neglect and general tort liability. He has extensive interest and acquired knowledge in legal and medical research, which serve his clients well in all matters of personal injury litigation.

He also advocates in the appellate tribunals of the State of New York, and, on appeal, has obtained numerous affirmances and reversals of lower court rulings in matters pending before the New York State trial courts, establishing legal precedent in New York State.

Mr. Kerner also serves as a court appointed mediator in the Civil Court of the City of New York, where he is called upon to hear evidence and render decisions in all types of civil litigation. He has also been appointed by various Supreme Court Justices as a Special Referee in foreclosure proceedings and as a Guardian Ad Litem for mentally disabled individuals and infants.

Mr. Kerner has been honored to serve as a Special Assistant District Attorney for the New York County District Attorney’s Office, where he wrote and argued appellate briefs on behalf of the People of the State of New York.

Kenneth T. Kerner is admitted to practice law in the State of New York and passed the New Jersey State Bar Examination in 1989. He is also admitted to practice law and appear before the United States District Courts for the Southern and Eastern Districts of New York, as well as the United States Supreme Court. Mr. Kerner is a member in good standing of the American Association for Justice (formerly ATLA), a prominent victim’s rights advocacy group, The American Bar Association and The New York State Trial Lawyers Association. He’s also a panel member of the New York City Bar Association Legal Referral Service.

Mr. Kerner has been honored to be reviewed by fellow practicing attorneys in the New York City metropolitan area for Martindale-Hubbell, a prominent and respected attorney peer review firm, and awarded its highest “AV Preeminent” rating in legal ability and professional ethics. In 2019, Ken was selected as a member of the prestigious Super Lawyers publication in recognition of his hard work and zealous advocacy on behalf of his clients. This distinction is reserved for the top 5 percent of attorneys in America. He has been rated a perfect 10 out of 10 by Avvo, a well respected attorney review website, for his legal abilities, education, and many successes in the courtroom.

In his free time, Mr. Kerner cherishes his time with his family. He enjoys exercising, skiing and the great outdoors.